If you answered yes, then you’re not alone!

In 2020 it is rare to see someone without a phone. According to National Statistics , approximately 95% of households in the UK own a mobile phone, 78% of which are smartphones*. Therefore, as so many of us rely on our phones daily, we were intrigued to discover how the use of modern mobile phones impact adult and children’s lives today.

After conducting a survey asking 2,250 of you just that, we have discovered that seven in ten British parents are concerned their child’s smartphone usage is impacting their intelligence and development!

When we asked why they think it might be having an impact, the most popular reasons given were:

So all in all, it would seem parents feel like their child’s smartphone is doing too much ‘thinking’ for them, and interestingly the same prognosis was given for adults.

Is your phone making you stupid?

Three in five (63%) Brits said they believe their mobile phone is making them stupid, with three quarters (71%) of those respondents answering that the apps on their phones meant they no longer had to think about things for themselves. 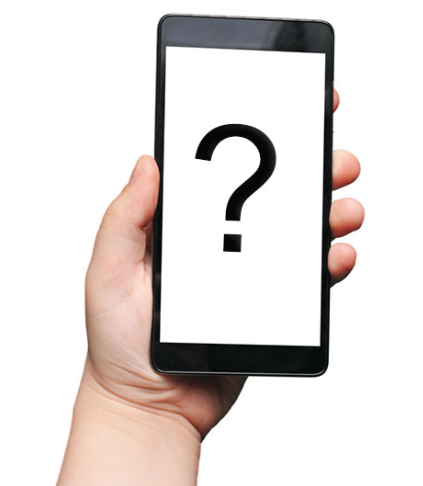 Other answers respondents gave for why they believe their phone is making them stupid  include a deterioration of grammar and spelling, due to over-reliance on auto-correct and voice dictation, and time wasted scrolling through social media instead of doing productive activities, such as learning a new skill or reading.

When discussing children’s mobile phone use again, the main developmental areas parents believe are being negatively impacted by smartphone use the most are:

Is it actually all that bad?

However, the majority (75%) of parents do believe smartphones are improving their child’s technological development, with two thirds (65%) stating this is ‘very important’ for their future career prospects.

The results also revealed that the average British child now gets their first smartphone at the age of seven and four years old was also the most popular age to provide a child with their first hand-me-down handset. More than half of parents did say that the main reason for providing their child with a mobile is peer pressure, followed by safety and entertainment.

It would seem, like with most things, the pandemic has had a knock-on effect when it comes to children’s smartphone use – four fifths of parents say their child spends five hours a day on their device on average now, two hours more than what they did prior to the pandemic, indicating a 67% increase in usage.

Nomophobia – the fear of being without your mobile phone

When asking about their own mobile phone use in general, our results revealed that nearly half of Brits (47%) believe they suffer from Nomophobia, the fear of being without a mobile phone. Furthermore, four in five (81%) of you admitted you couldn’t go a whole day without spending time on your phone, while a third (31%) of participants revealed their mobile phone increases anxiety and stress levels.

As such, two thirds (66%) of people surveyed indicated that they struggle to concentrate when doing daily tasks/activities due to their mobile phones, and a quarter (25%) believe their phone has made them antisocial.

Here at The Big Phone Store, we love phones, so of course we wanted to discover some of the positive affects you think your mobile device has too. We were delighted to find many of you think so too, as when we asked you if you would stop using your mobile as a result of some of the negative impacts phones can have, over nine in ten (94%) confirmed you would not!

Delving into the positives a little more, we found that a third (35%) of you stated that you think your phone makes you more productive, with one in five (21%) of you needing your phone for your career. Lastly we were happy to discover that over half (53%) of you feel safer when having your phone on you and a third (32%) of you believe your phone acts as a safety blanket in everyday life.

“We are a nation of mobile phone fans. It’s very uncommon to hear of anyone who doesn’t own a phone nowadays, and as such, it’s reasonable to want your child to have access to one as well. They are an integral part of everyday life in 2020, for work and personal use, so we were intrigued to discover how people believe using their phone impacts them and their children.

“It was initially shocking to discover just how many parents believe their child’s phones are impacting their intelligence and development, however when looking into this further, it was very understandable. I think the main takeaway is ‘moderation is key’. It’s important for a child’s future to be technically literate, but this shouldn’t be to the detriment of other areas of learning. Despite that it was good to see some of the positive impacts phones have from safety to productivity – hopefully parents will be able to better manage their children’s mobile phone use when things start to return to ‘normal’, whatever that might look like!”

Want to keep reading? There is more where that came from! Our blog is full of endless useful tips, tricks, how-to’s and helpful articles on current technology trend and more!

If you are looking for brand new or refurbished technology then look no further than The Big Phone Store!