The focus is the Xperia XZ1, here is a short run down of the Sony Xperia XZ1 The Sony Xperia XZ1 is a flagship device, no question about that. It features the Snapdragon 835 chipset, which is the best on the market and will allow the Sony Xperia XZ1s new and best features flourish. The XZ1 also has 4GB of RAM which is the standard a the moment. The display is only 1080p which also allows the battery life to last even longer but the battery capacity is 2,700mAh which is not the best really. Sony has stated that you will get a days usage but we’re a bit sceptical about this claim but we will see when we can get it for ourselves! The Sony Xperia XZ1 also releases with Android 8.0 (Oreo) which will make it optimised for more and new features, it will have the lastest OS before many other phones.

Without properly testing the phone it is hard to talk about performance but with the Snapdragon 835, it should be very good, quick and snappy! The Sony Xperia XZ1 features the standard Xperia design, this does annoy loyal fans at times but it is Sonys trademark look. It is only 7.4mm wide which is quite thin compared to other flagships, the body is made completely out of metal which looks very nice. The antenna bands are towards the bottom of the device which could be affected by how you hold it, we will have to wait and see though.  The buttons on the side (volume) have been made smaller which may affect people with big hands but there is a dedicated camera button, to much joy of Xperia fans. The screen is a full HD 1080p screen with HDR which is 5.2 inches big, this is quite small due to the trend of ‘infinity displays’ so if you like big screens and small bezels then this phone is definitely not for you. The screen is Gorilla Glass 5 so it will not break easily! The device is IP65/68 rated so it will survive a dunk in the water. The fingerprint scanner is still on the power button which is a very sweet feature that has been there for a while.

The design of the Xperia is a bit of the same old but it is still a good looking device made completely out of metal. The screen size and bezels are a bit of a let down though. The camera spec is as follows, 19MP with f/2.0 aperture. This should make for great photos, maybe not as good as the V30 but it will take sharp images. The front (selfie) camera is 13MP with a f/2.0 aperture, which is very good for a smartphone. The Xperia has a lot of features for the camera, static burst mode allows you to take 100 snaps in 10 seconds which is outstanding. The main feature is the 960 frames per second slow motion recording which, is the best out there on a smartphone, it looks fantastic, no competitor is even close! There is also a new mode called 3D creator, using the camera, you can scan objects and make them into a 3D scan/model on your phone. This can be used for 3D printing or for fun, you can send custom messages to friends using your 3D head on an avatar or even put it as your wallpaper, it will be a lot of fun. This is a very innovative feature which will only get better in the future!

The new 3D creator is brilliant and has a high potential! The camera performance on both sides is great too! There is better out there but it’s not that far behind.

The Sony Xperia XZ1 looks like it is a great phone but there are still things that hold it back from becoming one of the best in the mobile industry. The design will be nice for Sony Xperia fans but there are so many better options in terms of design. The slow motion and the 3D creator are great features which are innovative and very good! We will have to wait and see for its full release, we hope this phone proves us wrong but there’s nothing that screams out to a typical smartphone buyer. 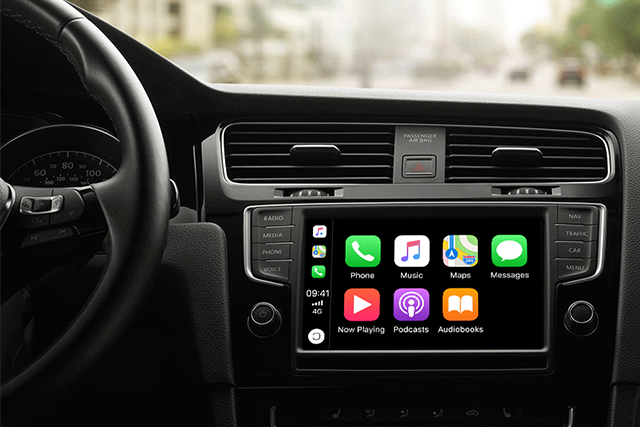 What is Apple CarPlay and why should you care? Apple CarPlay is a great feature for a car to have, it is a smarter and safer way to use your iPhone in the car, without Read more…